Google has quietly stopped selling its popular Pixel C tablet through its online store in favour of the new $1,000 (roughly Rs. 64,000) Pixelbook hybrid laptop it released earlier this year.

“As is common when a device has been out for a few years, we’re now retiring Pixel C and it is no longer available for sale. We are committed to updating and supporting it, including the recent update to Android 8.0, so customers can continue to get the best out of their device,” Google was quoted as saying by CNET late Thursday.

“Our newly-launched Google Pixelbook combines the best parts of a laptop and a tablet for those looking for a versatile device,” the tech giant added.

Launched in 2015, the Pixel C tablet was a well-received device that comes from an earlier age of Google hardware, when the company took a more experimental approach.

The shift from the Pixel C to Pixelbook does represent something of a larger trend for the industry in recent years, as many have moved from slates to convertibles, according to Tech Crunch.

The Pixelbook is not as slim as a stand-alone tablet but it is a pretty solid tablet replacement as well as a well-rounded computing device.

Moto G5S Plus has received a price cut in India. The smartphone, launched in India in August at Rs. 15,999, will now be available for Rs. 1,000 less at Rs. 14,999, Lenovo brand Moto announced in a statement on Friday. The G5S Plus will be available exclusively via Amazon.in and Moto Hub stores at the new price, in Blush Gold and Lunar Grey colour variants.

The highlight of the Moto G5S Plus is its dual rear camera setup, with two 13-megapixel sensors. It also bears a metal unibody design, a water-repellent nano-coating making splash-proof, and ships with a TurboPower chargerer for fast charging.The dual-SIM (Nano) Moto G5S Plus runs Android 7.1 Nougat out of the box, and it sports a 5.5-inch full-HD (1080×1920 pixels) IPS LCD display with Corning Gorilla Glass 3 protection.

The Moto G5S Plus is powered by a Qualcomm Snapdragon 625 octa-core SoC clocked up to 2GHz, coupled with 4GB of RAM. As we mentioned, the smartphone bears a dual rear camera setup with two 13-megapixel sensors with an f/2.0 aperture, depth editing software, and colour correcting dual-LED flash. On the front, it bears an 8-megapixel sensor with an f/2.0 aperture, wide-angle lens, and an LED flash.

It bears 64GB of inbuilt storage, expandable via microSD card (up to 128GB). Connectivity options on the Moto G5S Plus include 4G VoLTE, Wi-Fi 802.11 a/b/g/n (dual-band 2.4GHz and 5GHz), Bluetooth v4.2, GPS/ A-GPS, Micro-USB, and 3.5mm headphone jack. Sensors on board include accelerometer, ambient light sensor, gyroscope, and proximity sensor. The smartphone runs on a 3000mAh battery that with the TurboPower charger can in 15 minutes provide up to 6 hours of battery life. It weighs 168 grams and measures 153.5×76.2x8mm.

Apple set to launch iPhone 8, it comes with 3D scanning for face recognition, no Touch ID and more

Apple iPhone 8 rumours, leaks: Reports have indicated that a 3D sensor module will be part of the iPhone 8 series

Apple iPhone 8 is supposed to launch this September, along with iPhone 7s and iPhone 7s Plus. Now reports have indicated that a 3D sensor module will be part of the iPhone 8 series, and will allow for the smartphone to be unlocked via face recognition. Reports also claim the Touch ID under the OLED display might not take place given Apple is struggling to get accurate results with the same. Here’s a quick look at everything we know about the Apple iPhone 8 based on the latest leaks.

Apple iPhone 8 3D scanning module for face recognition
Earlier today we saw a report by KGI Securities analyst Ming-Chi Kuo stating that Apple won’t be adding the fingerprint scanner under the display. The report also said Apple will introduce a 3D face scanner in the upcoming iPhone 8. Meanwhile Bloomberg’s Mark Gurman has also reported that Apple is testing a similar feature to unlock the iPhone 8 with facial recognition.

According to the Bloomberg report, which is based on sources familiar with the upcoming product, Apple has been testing this system on the upcoming iPhone, and it is “powered by a new 3D sensor.” The company is looking at iris scanning for unlocking the smartphone as well. The Bloomberg report notes the sensor can work even if the device “is laying flat on a table, rather than just close up to the face,” and the idea with this is to replace the Touch ID fingerprint scanner.

Apple iPhone 8 No Touch ID
It looks like iPhone 8 could see the end of the Touch ID. Now earlier reports have claimed iPhone 8 would not see the end of the fingerprint scanner, and that Apple had perfected the technology for embedding the scanner under the display. However, Ming Chi-Kuo’s predictions claim this might not happen. In his report, he has said the fingerprint scanner won’t be embedded inside the display as it requires a newer, improved form of technology for the display, and given the accuracy is not assured, Apple might give this a miss. 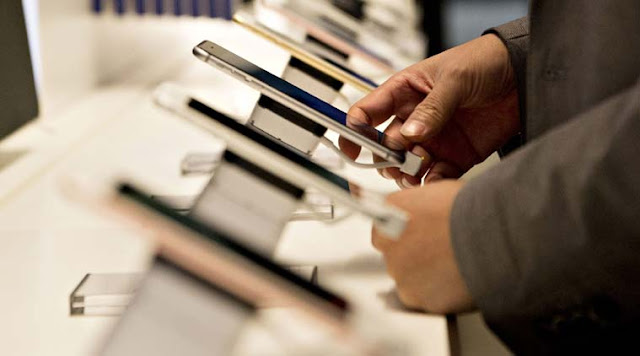 Some reports have claimed Apple iPhone 8 will have a hefty price tag, starting at $1000. (Source: File photo)

Apple iPhone 8 Design, OLED display
Apple iPhone 8 will sports a glass casing, though the iPhone 7s series will likely stick with the aluminium design. According to the Bloomberg report, “Apple is also testing a new glass casing, steel edges, and a larger display that fits into a smaller overall body.” The report also says the steel frame is so thin that the front and back glass “looks continuous,” and Apple will add an edge-to-edge display.

The  latest report from KGI Securities analyst Ming Chi-Kuo confirms three screen sizes: 5.8-inches, 4.7-inches and 5.5-inches. The 5.8-inch iPhone will have a bezel-less OLED display. Kuo also says this phone will have the highest screen-to-body ratio seen on any smartphone, ever. However, iPhone 7 and iPhone 7s Plus will continue with the LCD display.

Apple iPhone 8 processor, specifications
According to the Bloomberg report, iPhone 8, iPhone 7s, iPhone 7s Plus phones will have 10 nn chipset design, just like we’ve seen on the Qualcomm Snapdragon 835 processors. Kuo’s report has indicated 2GB RAM on the standard iPhone 7s, while the iPhone 7s Plus will have 3GB RAM. He also says that 64GB and 256GB will be the new storage options on the 2017 iPhones, suggesting the 32GB version of the iPhone could be done away with entirely.

Another prediction is the Lightning Port will continue for charging, though some fast-charging option could be included. Apple is also likely to include wireless charging on its upcoming smartphones, and improve the water-resistance feature.

Apple iPhone 8 launch data, price and availability
Some reports have claimed Apple iPhone 8 will have a hefty price tag, starting at $1000. This increased cost could be due to the OLED display. Another report from UBS has claimed the iPhone 8 will start at $870 for the base variant, and go up all the way to $1070 for the highest storage option.
Bloomberg adds the regular version of the iPhone will be available on sale early, but the OLED version could only hit the stores later. Apple iPhone 8 with OLED display is expected to have a limited supply after launch, thanks to the display. Apple has apparently placed orders for 80-85 million shipments of the 2017 iPhones, and given this is the 10th anniversary iPhone, the demand is expected to be high for this smartphone.

Share:
Last month, Huawei introduced a trio of new MateBook devices for its Windows 10 lineup. The MateBook E is the successor to last year’s MateBook, and the D is a mid-range 15-inch laptop, but the X is the flagship of the bunch.

The MateBook X is a 13-inch laptop with lots of cool features. In fact, Huawei says that it’s the very first 13-inch laptop that has a fanless design and an Intel U-series processors. Most fanless PCs are Y-series, which are the rebranded Core m chips.

It also includes Dolby Atmos, another thing that the firm says is the first in such a device. You’ll see from the video that the audio sounds great. And finally, the bezels are just 4.4mm, which again, Huawei says is a first in a 13-inch laptop.

But while the MateBook X seems like it will be one of the best laptop PCs to be released this year, one drawback is that it doesn’t include a touchscreen, so it might take some getting used to. There are just two USB Type-C ports (and a 3.5mm jack), but it does come with the new MateDock.

Check out our unboxing and first impressions video below:

5 Things to avoid after your run, don’t make this mistake

5 Things to avoid after your run, don’t make this mistake